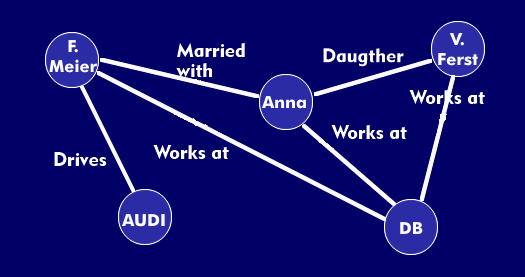 A social grph representation gives a network of relationships between the named objects. Each node corresponds to a record to which a person or group can be assigned. Each link line represents the relationship between the two connected nodes.

In complex graphs with many nodes, the relationship lines may cross and make the interpretation of the graph difficult. In such cases, specialized database software such as Apache Giraph can facilitate the analysis of the relationships.