The hexadecimal system is a number system with base 16. The numbers of the decimal system are used as number symbols, i.e. the digits 0 to 9, supplemented by the first six letters of the alphabet, A to F. This notation has the advantage that it is unique and consists of only one character. In addition, all sixteen numbers can be represented in the binary system with four bits. The digit valence is given with 0 to 9, for two-digit numbers the letters A to F are used. A corresponds to the number 10, B corresponds to 1+1 C to 12, D to 13, E to 14 and F to 15. 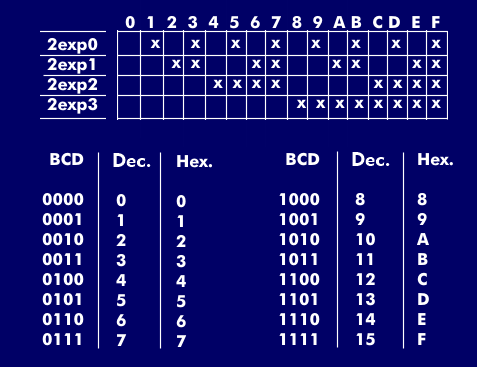 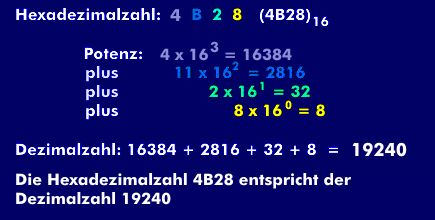