A Distributed Loop Computer Network (DLCN) is a ring system that transports messages by register insertion.

The Distributed Loop Computer Network allows the simultaneous transmission of messages of variable length without the aid of a central control. Thus, a system with complete distributedness is realized here, where all stations are truly equal and there is no need for a distinguished station. Each station has a FIFO buffer in its ring interface into which incoming messages are pushed if they are not intended for the station itself. 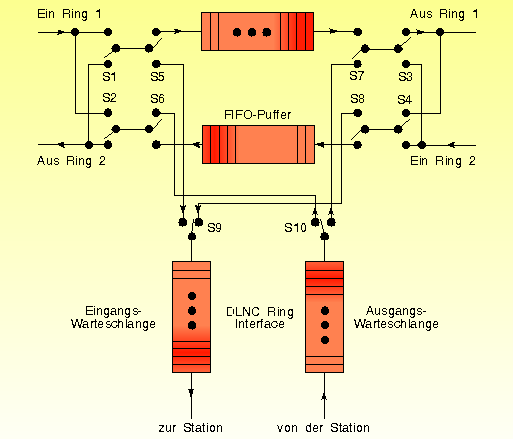 At the head of the FIFO buffer the messages are taken out again and go to the next station, unless the current station wants to send a message itself. In this case, as long as the buffer is not full, this has priority and comes first on the ring.