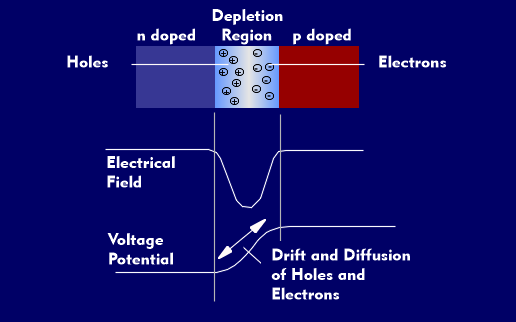 Space charge zones occur wherever differently doped semiconductor materials such as silicon are adjacent to each other. This is the case with PIN diodes, transistors, FETs, capacitance diodes and Soalr cells, to name but a few.