Virtual servers, unlike conventional servers, exist only virtually. It is not server hardware, but a part of a server that is used for a specific customer or application, i.e. server virtualization.

The virtual server is custom configured, meaning the operating system and hardware are tailored to the customer's needs, and leased to customers by a hosting provider for a fee. Virtual servers thus share a hardware server and its server power. 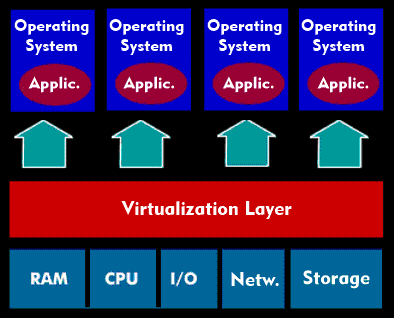 Virtual servers are set up on powerful servers and can use all server lines. However, they are self-sufficient and their performance in terms of computing power and storage capacity depends on the customer configuration. Like real servers, virtual servers can be used for web hosting or as servers for location-independent access. In addition, customers can install their own application programs on their virtual servers via root access and administer them autonomously. The advantage of virtual servers is the cost saving for powerful hardware and the effort for regular software updates.