Virtual reality(VR) is the creation of an apparent world in which the viewer can immerse himself, move around and realize his fantasies and ideas. It is a computer-created world without real objects. Virtual reality forms a high-quality user interface controlled by head and hand movements, speech or the sense of touch.

Functionally, virtual reality is a simulation in which computer graphics are used to generate an environment that appears realistic. This synthetic environment is not static, but responds to user input. Thus, there is a direct interaction between the user and his virtual environment.

User inputs are made via data gloves and data helmets and are immediately translated into control commands. They have a direct effect on the virtual environment. For example, if the viewer turns, this changes the perspective and size of the virtual environment. Or if the viewer reaches for a virtual object, these tactile movements are implemented in the data glove by haptic sensors. Through these interactions, the viewer is immersed in the virtual world, he becomes part of the action and can realize his ideas in it.

Structure of a VR system 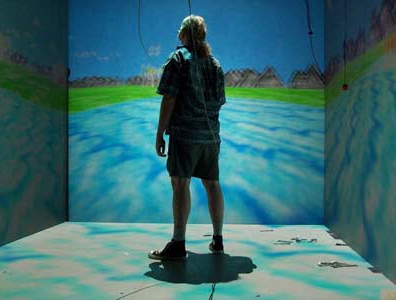 A VR system consists of a high- performance computer, the VR engine, with the corresponding software and database. The VR engine is the central component of the VR system. It receives the input control commands, accesses the database for the corresponding task, and implements the commands in real time, causing the virtual environment to change instantaneously. The user himself is part of the VR system and controls the VR engine through the peripheral devices. The control commands are generated by data gloves and data helmets and directly affect the projected display or the control of machines or robots. In the VR data helmets, there are corresponding sensors that convert the head movements into 3D control commands so that the display can continuously follow the movement. This technique is called head tracking. 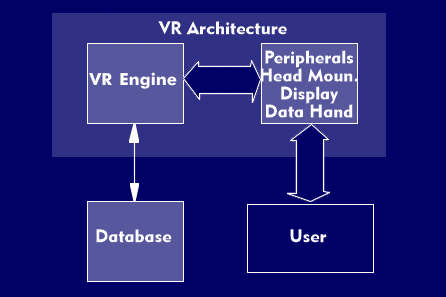 Use of VR systems

Virtual reality can support the simulation of operations, procedures or equipment. The many applications are in education and training, flight simulation, development, production and manufacturing, modeling of natural phenomena, architecture, trade show construction, medicine, tourism, quality control and, of course, in the development of computer games. 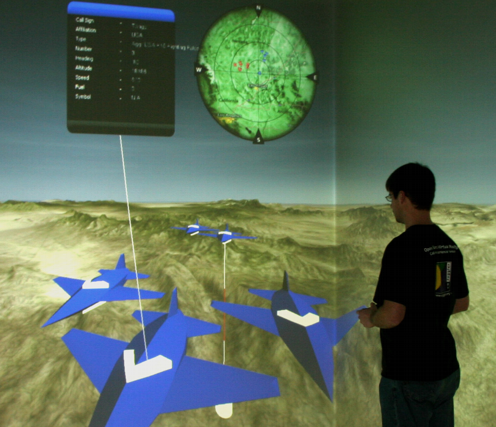 The three-dimensional representation first becomes virtual 3D through stereoscopic projection, in which a slightly offset image is projected onto each eye. For these projections, there are data helmets, VR glasses, VR headsets, video glasses, color filter glasses, polarized glasses and shutter glasses. So that the viewer can also interact in the virtual world, movements of the body, head or hand are scanned via sensors and incorporated into the virtual reality.