A video wall is a large electronic screen for the display of images, photos and videos. In terms of embodiments, a distinction is made between electronic billboards as used in sports stadiums and as electronic billboards, and video walls consisting of several individual displays and used for presentation purposes at trade fairs, congresses or in entertainment.

Electronic billboards video walls consist of many light-emitting diodes and form a self-contained unit several meters in size. They are also called LED walls. It is different with video walls for presentations. Such a video wall consists of several smaller displays with a small web width, which are mounted closely together with almost no space between them and together form a large video wall. 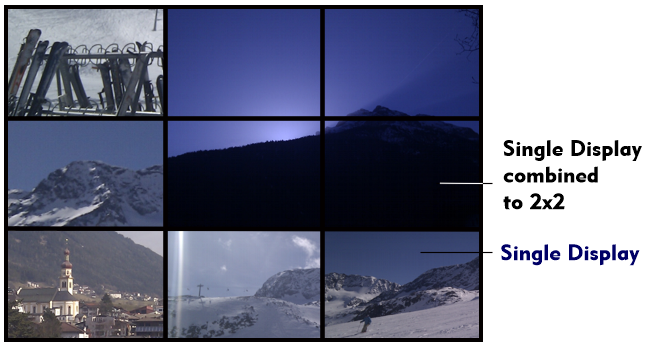 The displays of a video wall can be plasma displays, LCD displays or TFT displays.