The Vertical Interval Time Code (VITC) is a time code used in the video sector for synchronizing video sequences. It was standardized by the Society of Motion Picture and Television Engineers( SMPTE) and, like the Longitudinal Time Code( LTC), contains information about the date, hours, minutes, seconds and field and is inserted in several blank lines in the vertical blanking interval of the television picture.

The different video recording formats use different blank lines for keying the VITC time code. In Betacam, for example, these are blank lines 9 and 11 in the first field and blank lines 322 and 324 in the second field. 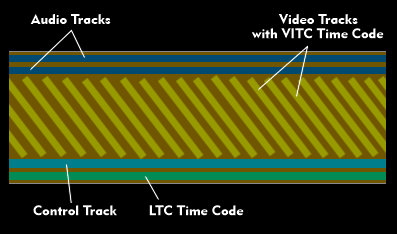 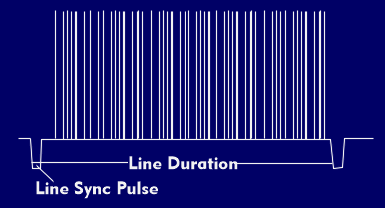