Vector graphics are based on graphic primitives such as lines, rectangles, circles, ellipses, polylines and polygons, which are stored and displayed starting from coordinate points. In a vector graphic all geometrical figures occurring in the graphic are thus stored in their mathematical description. The reference point of the individual graphic elements is a fixed coordinate system on the screen.

Based on this coordinate system, for example, a line is defined by its start and end coordinates. Parameters such as the line thickness, the color or the type of line are additionally stored for unambiguous rendering. 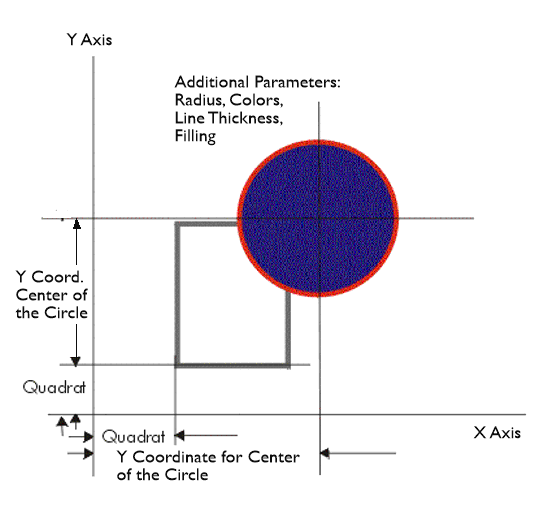 Example of a vector graphic

A circle is uniquely defined by the coordinates of the circle center, radius, fill and other parameters. Every other graphic element can be defined in the same way using graphic primitives. When displaying a vector graphic, the electron beam of the screen will immediately follow the stored coordinates. It may jump frequently and uncoordinated between arbitrary points on the screen. To prevent the image from flickering as the complexity of the vector graphic increases, screens with raster display are used.

The vector representation type has the advantage that it can be reconstructed without loss and stored compactly.