Ultrasonic sensors are based on the echo principle. They emit ultrasonic bursts at short, regular intervals, which are reflected from objects, people and liquids. The reflected sound pulse is received and evaluated by the sensor. The echo sound pulse is compared with previous sound pulses and conclusions about changes in monitored rooms and materials are derived from the changes in the pulse behavior.

According to the method, ultrasonic sensors emit a short burst of ultrasonic vibrations at regular intervals. Since the speed of sound is highly dependent on the material, the burst duration, burst repetition rate and ultrasonic frequency depend on the application. The ultrasonic bursts can last a few milliseconds and be emitted at intervals of a few milliseconds. 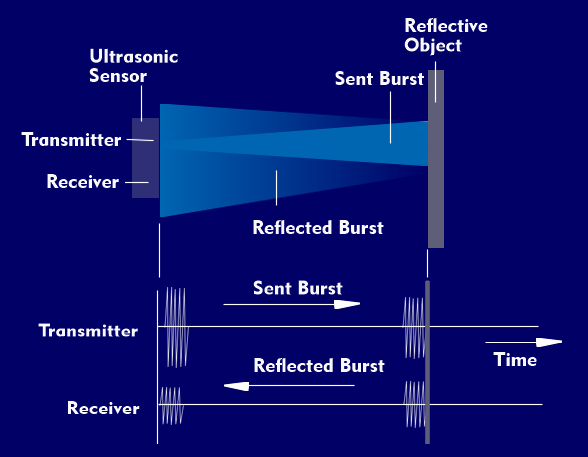 Principle of the ultrasonic sensor

The emitted ultrasonic pulse propagates in the room or in the material and is reflected by walls, by people or by changes in the material and returns to the ultrasonic sensor as a reflected sound burst, where it is received as an echo. From the transit time between the emitted burst and the echo pulse, the distance can be determined, and from the amplitude and phase of the echo, conclusions can be drawn about the reflection. 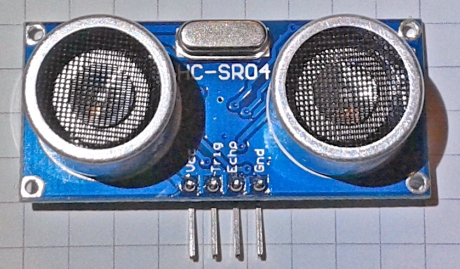 Ultrasound in bursts can have frequencies above 15 kHz, up to hypersonic at over 1 GHz.Sound intensity and sound pressure are also highly dependent on the application. These include room monitoring with ultrasonic motion detectors and presence sensors, level measurement, echo sounders, material testing, surface texture, and use in drones and in automotive technology, for example in parking assistants.