Tuners are receiving units for high-frequency signals. They form the receiving component of receivers and are connected directly to the antenna. The received RF signals are amplified and mixed to a lower intermediate frequency(IF) in a mixer for subsequent demodulation. After intermediate amplification, the IF signals, which include the modulated mixture of signals from the broadcast services, are demodulated in the demodulators. The output signals of tuners are the low frequency signals of audio or video with which the RF signal was modulated. 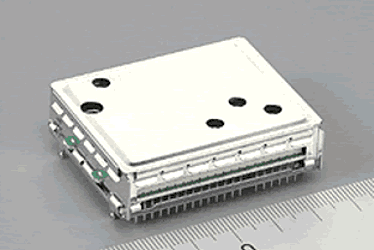 Tuners can receive terrestrial signals, signals from cable distribution networks or via satellite transmission. These signals can have frequencies up to the gigahertz range, be analog and digital, and have completely different modulations. The requirements for reception frequencies, sensitivity and bandwidth for the audio and video services are determined exclusively by them. Broadcast services differ in broadcast frequencies, broadcast standards( PAL/ SECAM/ NTSC), bandwidths and modulation techniques. This means that, if possible, the tuner should support several services with different requirement profiles. For example, a TV tuner could support analog and digital TV with terrestrial broadcasting and distribution via cable networks.

The demand for such universal hybrid tuners arises for production reasons in order to reduce the variety of devices. Especially in connection with media centers.

For a completely different field of application, there are mini-tuners that can be inserted into PC cards or USB sticks as television receivers in notebooks and display the television program of terrestrial digital TV, DVB-T, on the display of the notebook.