The IBM Token Ring network complies with the international standards for Token Ring LANs from the European Computer Manufacturers Association( ECMA) and IEEE( IEEE 802.2 and 802.5). The Token Ring is an open local area network( LAN) that allows heterogeneous devices to be connected. The IBM Token Ring network is a starshaped ring, i.e., a ring network that is formed from a series of ring-coupled stars for security, fault tolerance, and redundancy reasons, but logically behaves like a ring.

The physical concept of the Token Ring 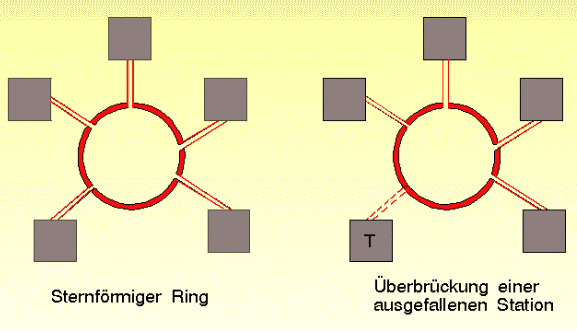 The physical star consists of one or more distribution points connected by trunks. Terminal equipment is connected to the distribution points, the ring trunks, via lobe cables. The trunk cables can have a length of up to two kilometers as FO cables, while the lobe cables have identical lengths of 100 m for 4 Mbit/s and 16 Mbit/s configurations. At this maximum lobe length, up to 72 stations can be operated per ring. 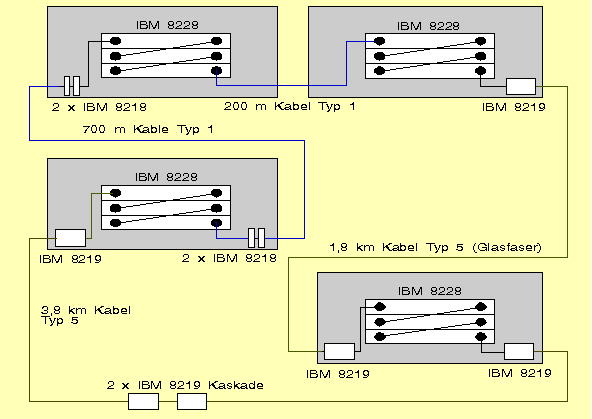 Access to the shared ring is controlled by the standardized access procedure according to IEEE 802.5.Data transmission in the ring is unidirectional and is controlled by the token procedure. When using optical fibers with the corresponding converters, there is hardly any physical distance limitation, since the corresponding optical fiber converters can be cascaded as often as required. Up to 256/136 end devices (4/16 Mbit/s) (processors, control units, peripheral devices) can be connected per ring. The transmission speed in the ring of 4 or 16 Mbit/s is sufficient for office communication and similar purposes. 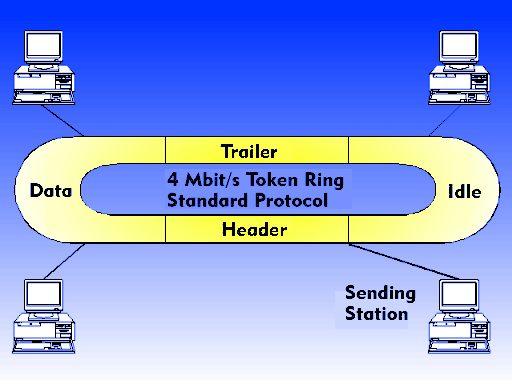 The terminal devices are connected to the Token Ring via a ring line distributor. The cables for connecting the terminal devices to the ring line distributor are generally called lobe. As a transmission medium, Token Ring uses STP cables with two symmetrical twisted pairs, in particular the IBM Type 1 cable. The IBM data connector was used as the connection technology in the basic version. 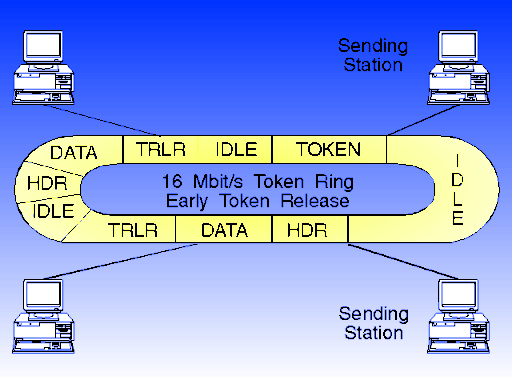 Due to the rapid development of Ethernet, Token Ring was not further developed.