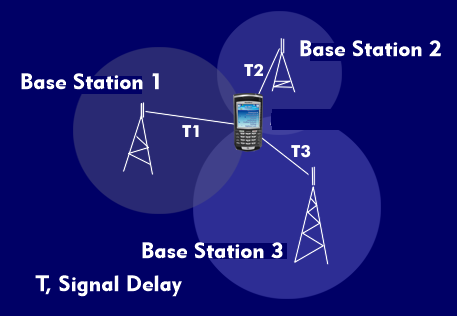 Different distances between the base stations and the mobile device ensure that the three time stamps are received by the receiving device with a small time offset. The distances are proportional to the signal propagation times. From these and the known signal propagation speed, the distance to the three base stations can be calculated and, using their geographic coordinates, the geographic position of the mobile station.

With UL-ToA(Uplink ToA), there is a variant that works more precisely, but requires four radio base stations( BTS).