In audio technology, a synthesizer is a device for electronic sound generation. It can produce tones and sounds that are combined with audio signals from other audio components to create a sound image.

The first analog synthesizers used subtractive synthesis, in which certain frequency components were removed or added from harmonic-rich frequency spectra of sine, triangle, and square wave signals. The basic principle of this analog sound synthesis is based on the voltage controlled circuits of oscillators( VCO), filters( VCF) and amplifiers( VCA), with which the operator can influence the sound synthesis via controls. 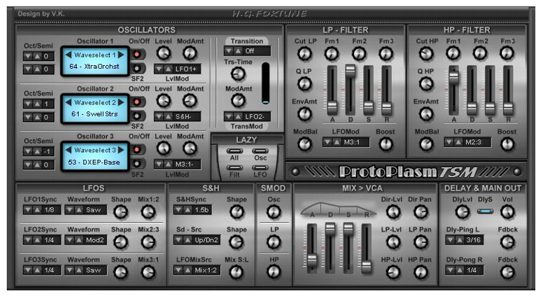 In subtractive synthesis, the oscillator provides harmonic-rich fundamental tones such as square wave and triangle signals, as well as a harmonic-pure sine wave signal, which are fed to the voltage-controlled. The signals pass through filters that attenuate certain harmonics and boost others. The signals thus modified in harmonics can be supplemented with noise components and are amplified in the downstream voltage-controlled amplifier. The process of subtractive sound synthesis was later followed by FM synth esis and waveguide synthesis.