With MIMO technology, the access point sends several independent data streams. Each data stream is called a spatial stream(SS) because it uses different paths through the room and transports the same or different data over them to the receiver or WLAN client. Depending on the WLAN concept, a transmitter can support two, four or even eight spatial streams. WLANs based on 802.11n support a maximum of four spatial streams, and 802.11ac even eight. 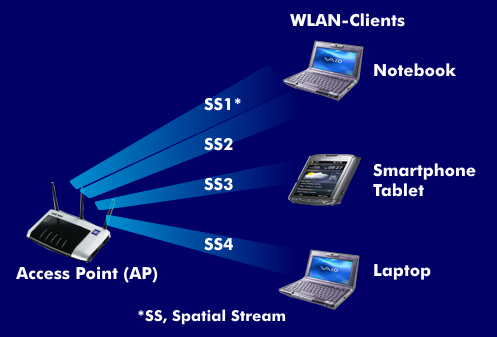