Smoke detectors work according to different methods and detect smoke or its suspended particles in the air. They can be based on an optical principle or on ionization. 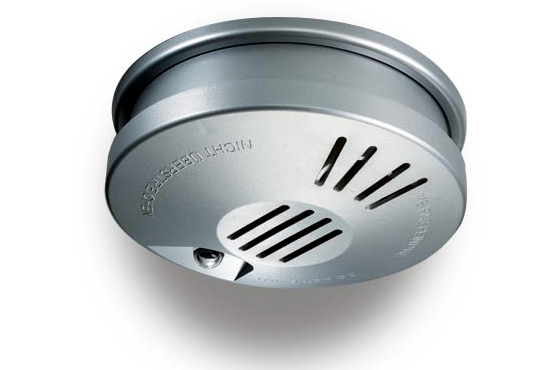 Smoke detectors with optical detection work according to the Tyndall effect. This effect is based on the fact that a light beam is reflected by suspended matter and scattered widely. The scattered light of such a reflected light beam can be detected by light-sensitive sensors, by photodiodes or phototransistors.

This principle is implemented in optical smoke detectors. The smoke flowing through a chamber is penetrated by a light beam from a light-emitting diode. The light beam is reflected by the smoke particles and detected by a photodiode or phototransistor, the signal of which triggers the alarm sound at a predetermined threshold. If the air is clear and unpolluted, the light is not scattered and no alarm is triggered.