A wide variety of conversion methods are usedin A/D converters. A/D converters in slope technology are relatively simple in design and operate with a relatively low sampling rate. In addition to the slope method, which works with a sawtooth, there is also the counting method and the dual-slope method, which is based on charge and discharge functions.

Structure of a slope converter 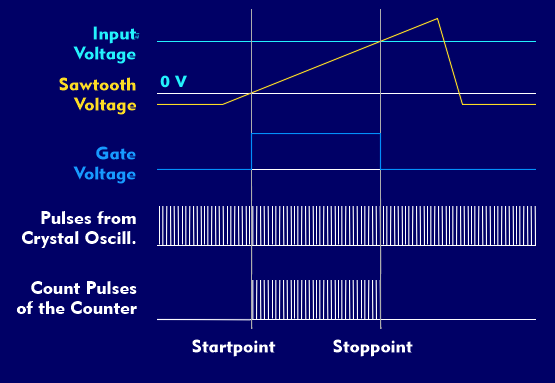 Functional sequence of the slope method

The dual-slope method, which uses two sawtooth-shaped charge functions and integration elements, is different. With this method, the discharge time serves as the decisive factor for the input voltage.