Signaling System No 7 (SS7) is a signaling protocol developed for digital telephone networks and standardized by the ITU-T. This procedure, which is used in ISDN and in mobile radio networks( GSM, DCS), is an out-of-band signaling.

In terms of structure, the SS7 protocol has four layers. In the lower three layers, the protocol consists of a message transfer part( MTP) common to all applications and a user part( UP). 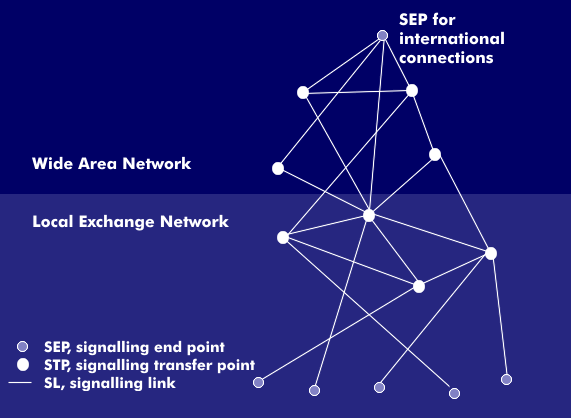 The transport part forms a transport system for the UP data. The user part controls the user channels and service characteristics. There are different Telephony User Parts( TUP) for circuit switched data networks the Data User Part (DUP) and for ISDN the ISDN User Part( ISUP) as well as the application parts for mobile networks, the Mobile Application Part ( MAP), the one for operations and maintenance, the Operations Maintenance Administration Part ( OMAP), and the one for intelligent networks the Intelligent Network Application Protocol( INAP). 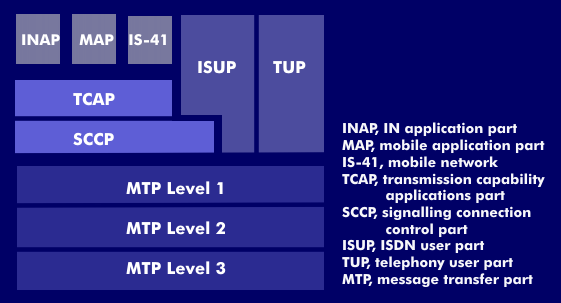 Protocol stack of the SS7 protocol

The transmission over the signalling links( SL) is data packet oriented at 64 kbit/s. The SS7 protocol is described under ITU-T standards Q.700 to Q.795. It is used in ISDN, GSM and ATM.