The process of self-discharge is temperature-dependent and increases as the temperature rises. For this reason, batteries should be stored as cool as possible. In addition, self-discharge depends on the battery type. 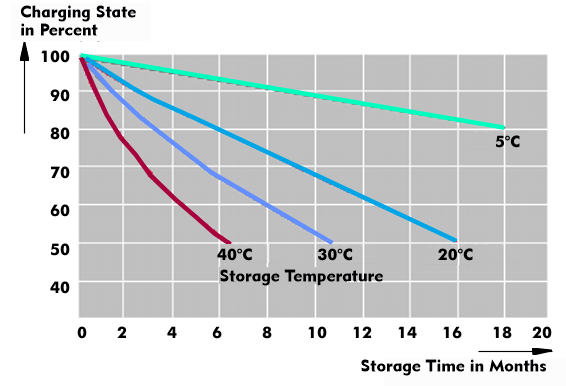 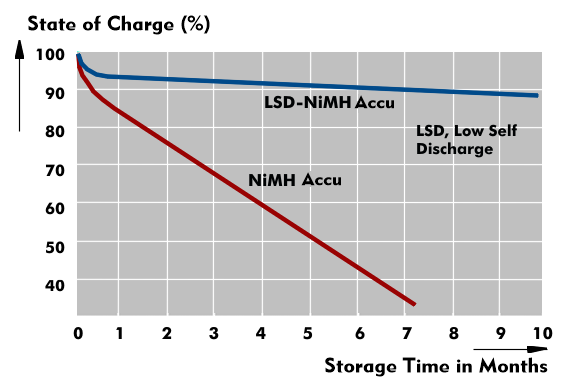 Self-discharge of a NiMH and an LSD NiMH battery