Remote keyless entry (RKE) is a radio-controlled key technology that can be used to open and close doors over short distances. RKE technologies operate in one of the ISM bands at 315 MHz, 434 MHz or 868 MHz. RKE systems are used, among other things, in automotive technology as car keys and also serve as immobilizers and anti-theft devices. 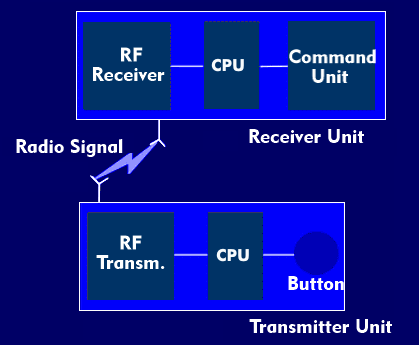 RKE systems consist of a transmitter and receiver unit. The wireless transmitter unit is located in the car key. It is code-controlled by a processor and activated by the pushbutton. The coded data signal, encrypted with random code or rolling code, is received by the receiving device, decoded and triggers the corresponding function via the command unit. For the system to be able to execute control commands at any time, it must always be activated. This requires the receiving unit to have extremely low power consumption, especially in standby mode. If the receiving unit receives a transmit signal, then it is transferred from standby mode to normal operating mode and receives the coded transmit signal.

RKE solutions are implemented as proprietary interfaces, but they can also be implemented using ZigBee. These processes are characterized by low power consumption and are also used in smart homes for keyless access to the front door, among other things.