RAID (Redundant Array of Inexpensive Disks) is a concept of a disk array for fail-safe high- performance systems. As early as 1988, this concept was developed to make hard disk storage fault-tolerant without requiring 100% redundancy like mirroring. In RAID, the work of multiple hard disk drives is coordinated by a RAID controller. This distributes the data load among the individual hard disks and reduces the risk of errors and losses.

Modern RAID controllers ensure that one of several hard disks can fail without endangering system security. There is no noticeable loss of security compared to mirroring, because the simultaneous failure of two out of five hard disks is very unlikely. The prerequisite for this, however, is that each disk is equipped with its own power supply.

Since RAID hard disks are hot-swappable, users won't notice the disk crash at any time 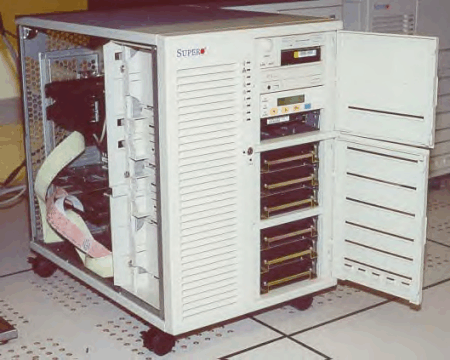 RAID employs several security strategies, which are referred to as levels. There are six Berkeley RAID levels, in addition to which other RAID levels have been established, some of which are proprietary. These levels are designated by the digits from 0 to 7 and 10 and refer to a wide range of security levels and system sizes.

RAID 0, which is also referred to as "data striping," defines the simultaneous reading and writing of data blocks on multiple hard drives without parity control. RAID 0 does not operate fault-tolerantly.

RAID1: In the " drive mirroring" of RAID 1, data is duplicated by mirroring the disks, which results in a high level of fault tolerance.

RAID2: Systems using RAID 2, also known as "hamming systems", split the data blocks into individual bytes and write them to the hard disks of the array.

RAID3:InRAID 3, " byte striping with parity disk", the data blocks are split into individual bytes and written to the hard disk drives in turn.

RAID5: In RAID 5, "block striping with distributed parity," the drives operate independently and the parity data is stored across all disks. 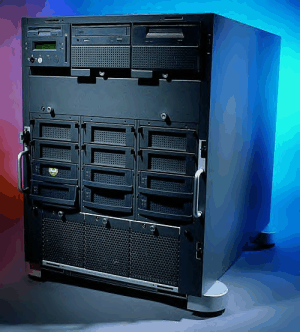 RAID6: In RAID 6, the parity data is stored in duplicate. And with RAID 7: a separate computer is responsible for disk management.

The RAID Advisory Board( RAB) has defined Extended Data Availability and Protection( EDAP) for the comparability of RAID systems, which recognizes three availability levels with a total of over twenty different criteria, in which the modes of operation and tasks of the RAID systems are defined in more detail.