Radio controls or radio remote controls, radio control( RC), are compact boxes equipped with joysticks, switches, buttons, status indicators, display for the camera recordings and interfaces, have carrying straps and are worn by the operator in front of the belly.

Using such a radio control, the operator can take off, land and control his drone in a flight path with different inclinations and different speeds. Radio controls are equipped with RF transmitters and antennas that provide the radio link to the RF receivers in the drones. The radio transmission takes place in the frequency ranges of 2.4 GHz or 5.8 GHz. 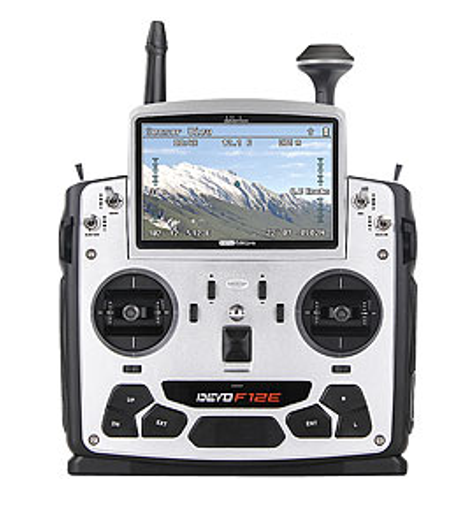 The radio control for multicopters has two joysticks and several function buttons and switches for flight mode or the return function, a wheel for camera settings, an indicator for the charging status of the LiPo batteries and interfaces for USB and HDMI. One of the two joysticks can be used to set altitude and flight direction, including climb and descent as well as left and right rotation. The second joystick adjusts the forward and reverse flight and the left and right movement of the drone. The camera wheel adjusts the gimbal and thus the tilt of the digital camera.