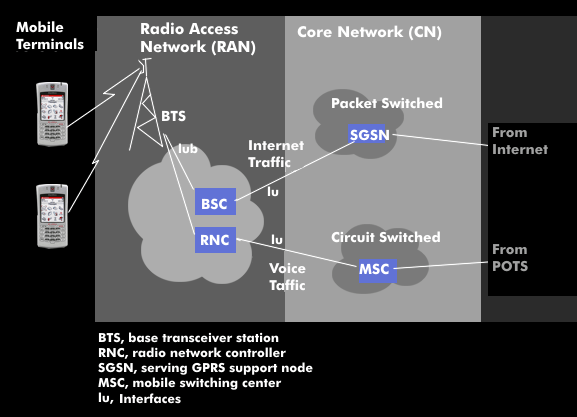 Radio Access Networks provide the radio link to subscriber terminals. They provide roaming when the subscriber changes radio cells, as well as authentication, access to the desired services, and forwarding of voice and data information to the central telecommunications networks. The components of the various radio access networks include the base stations with their antennas, the software, the transmitting and receiving equipment, and the billing systems. The subscriber equipment is referred to as user equipment( UE) or terminal equipment( TE).

Radio access networks do not have a fixed defined technology, but can use different technologies. They consist of several distributed base stations, each covering a geographical area. Each base station forwards the user data to the mobile devices or to the core network. Since the frequencies for transmission are limited, they must be distributed and used multiple times. The cloud-based concept Cloud-RAN is intended to address these and other limitations. In addition, there is the Open Radio Access Network(O-RAN) with standardized RAN components as an open radio access network. This concept offers high interoperability through the various RAN modules and is not based on proprietary solution approaches.