A photo diodearray (PDA) is a line sensor consisting of a series of diodes. Such photodiode arrays are located on a chip that also contains the drive logic. Depending on the application, the diode density ranges from a few hundred per inch to several thousand per inch. 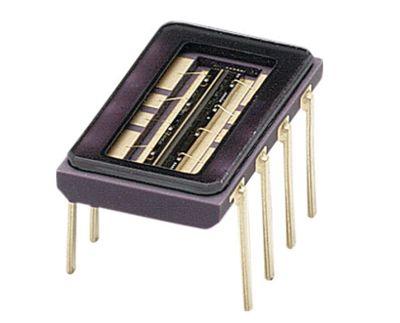 Photodiode arrays can be one-dimensional CCD sensors or CMOS sensors in which the individual photodiodes that capture the pixels are arranged side by side in a row. However, as arrays, they can also be two-dimensional as in image sensors. The brightness values detected by the individual photodiodes are read out serially by the readout logic and further processed digitally.

Photo diode arrays are used in spectrometers, image sensors and detector systems, among others, and can detect visible colors in their intensity and wavelength.