In phase modulation, a distinction is made between phase state modulation and phase difference modulation. The former assigns a fixed phase state to a certain binary number, e.g. binary "0" corresponds to 90 degrees phase state and binary "1" to 270 degrees. 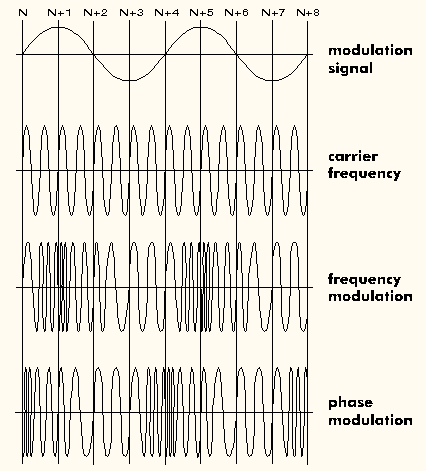 Phase modulation is used in data transmission technologywith modems in the form of phase shift keying( PSK) and in another variant as phase jitter modulation( PJM) with the smallest phase changes in RFID.