Phase Alternating Line(PAL) is a television standard used for television broadcasting in some European and a few non-European countries. The main characteristic of PAL is the phase of the color component of the picture, which is switched from line to line. In Germany, PAL is transmitted with 625 lines at 25 full frames or 50 fields per second. This results in a line frequency of 15.625 kHz. 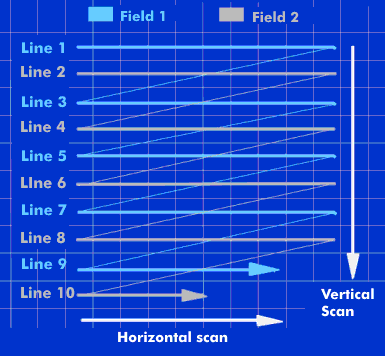 The image is displayed line by line from left to right and frame by frame from top to bottom. A frame consists of two fields, whereby the odd lines (1, 3, ..) are scanned in one field and the even lines (2, 4, ..) in the following field. This method is called interlaced scanning or interlace. 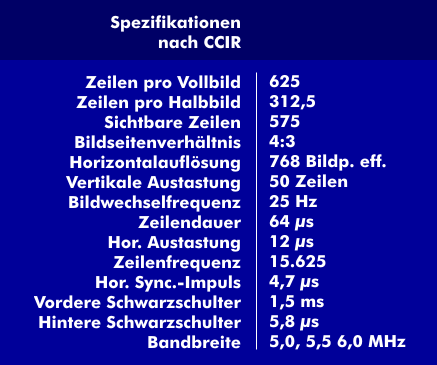 Specifications for the PAL signal according to CCIR

When digitizing the PAL signal, a vertical resolution of576 pixels is assumed, corresponding to the 575 visible lines. With an aspect ratio of 4:3, this means a horizontal resolution of 768 pixels. Among other things, these values are part of the CCIR file format, which is used as a reference when digitizing television signals.