Pay-per-channel ( PPC) is a payment model for subscriber television. It is an encrypted distribution service ofpay TV.

With pay-per-channel, the pay TV service is activated for a specific period (month, year) and billed for this period, completely independently of usage. 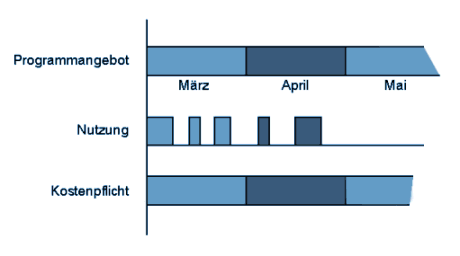 The service is transmitted via a broadband distribution channel. A return channel is not required, as no interaction is triggered. Pay-per-channel can be broadcast via satellite or fed into broadband cable systems as cable television. Providers are service providers who transmit the television signals in encrypted form. The television signal is decrypted in the set-top box.