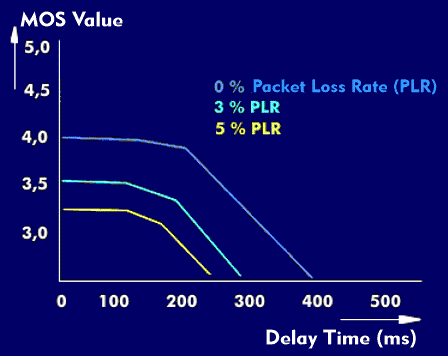 MOS value as a function of packet loss rate (PLR) for the G.711 codec

There are various techniques to compensate for packet loss and the resulting consequences. One of these techniques is Forward Error Correction( FEC), which is used at the physical layer and the network layer. The other is Packet Order Correction( POC), which ensures that data packets arrive in the correct order. However, there are also applications that must operate completely lossless and where no data packets may be discarded. For example, backups in storage systems. Such applications are realized with Lossless Ethernet.