Optoelectronics, also known as optronics, is a branch of electronics that deals with the optical and electronic processes and the opto-electronic parts and components developed from them.

The components are those that form the interface between optical and electronic signals and are used for optical signal transmission. This applies equally to visible light, UV light and infrared light.

Optoelectronics deals with electro-optical and magneto-optical phenomena and how these can be implemented in opto-electronic components; it deals with the emission, modulation and transmission of optical signals in optical networks and optical measurement technology. 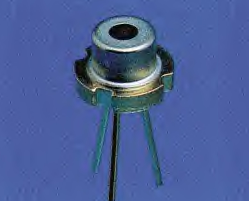 The terms optronics and photonics are often used interchangeably. However, there is a difference, which is expressed in the fact that components of optronics are supported by electronic functions, whereas photonic components are controlled exclusively by light pulses or wavelengths.