In optical fibers, scattering and absorption result in wavelength ranges in which attenuation is lower than in other ranges. These ranges are called optical windows and are used for transmission for the different modes. The optical windows are at 850 nm, 1,300 nm and 1,550 nm. 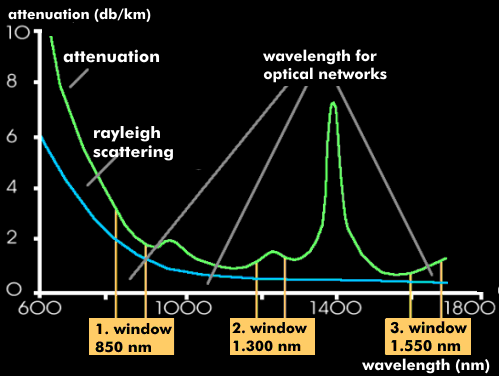