For this purpose, there are various E/O converters such as LEDs, lasers, distributed feedback lasers( DFB), VCSEL lasers and some others. Depending on the optical fiber used, there are optical transceivers for multimode fibers, gradient fibers and single mode fibers. 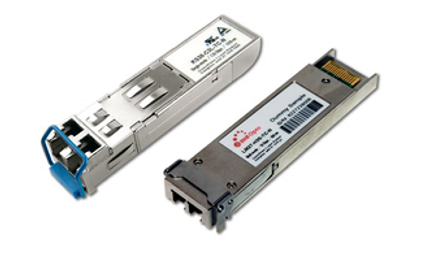 In addition to receiving and transmitting functions, optical transceivers have monitoring and management functions and support line codes for optical transmitters. Important characteristic values are the wavelength range, the data rate, the equivalent inherent noise and the matching values to the optical fiber.