A Negative Acknowledgement(NAK) is a transmission control character used in character-oriented transmissions. 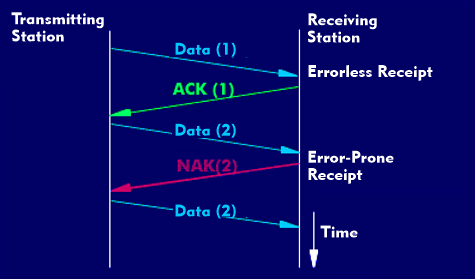 To avoid further delays, the time in which the NAK signal must be sent back is limited by a time-out. In the Automatic Repeat Request ( ARQ) the NAK signal is used for error correction. In the ASCII character set it has the decimal ASCII value 021, hexadecimal it is 15. The positive acknowledgement( ACK) has the ASCII value 006.