In addition to the examples mentioned, nanoelectronics also includes nanosensors and nanochips whose structure widths are so narrow that they can no longer be produced with classic DUV lithography because the wavelength of the light source is greater than the required structure width. For this reason, photolithography uses extremely short-wavelength UV light, Extreme Ultraviolet Lithography( EUVL). 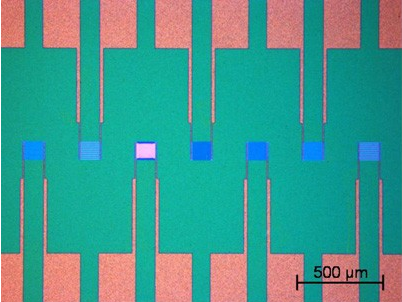 Nanoelectronics uses conductors and semiconductors as basic elements. The conductors are formed by nanowires, and the logic gates are formed by semiconductor material, as is common in digital technology. These basic elements are used to create active nanocomponents, such as nanosensors or nanochips with structural widths of 45 nm and below. Due to these extremely narrow structure widths, nanochips with an integration density of Giga Large Scale Integration( GLSI) can be produced. Expressed in numbers, this means 100 million semiconductor elements on a nanochip of one square millimeter. One example of nanochips is Smart Dust. 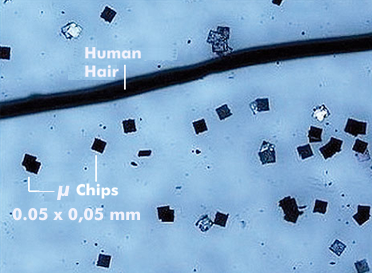 Nanoelectronics has several advantages over microelectronics: the components are much more compact, have lower power consumption and higher switching speed.