Multi-User MIMO( MU-MIMO) is a further technical development of Single-User MIMO( SU-MIMO). Whereas in SU-MIMO only one frame with a destination address can be transmitted to a single WLAN client, in MU-MIMO several frames with different destination addresses can be transmitted simultaneously to several individual WLAN clients. In this case, all frames are transmitted simultaneously over the same frequency spectrum. This MU-MIMO technology is implemented in WLANs according to 802.11ac.

In order to make better use of the available frequency spectrum, MU-MIMO technology works with small cells, which creates more compact WLANs that can each transmit on the same transmission channels. With MU-MIMO technology, the router must have at least four antennas. It can then serve two different receivers simultaneously with two antennas each. 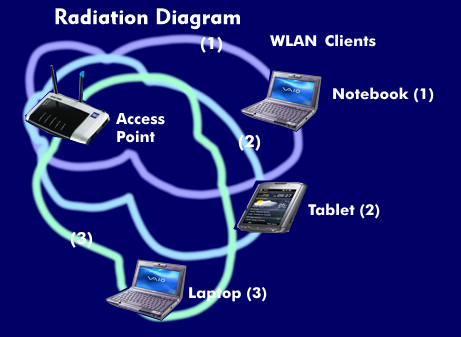 With MU-MIMO, the radiation characteristics of the antenna array are adapted to the location of the WLAN clients using beamforming. This means that the radiation pattern (1) for the WLAN terminal (1) is optimized in such a way that the highest transmission power reaches WLAN client (1). At the same time, the transmit power in the direction of the other clients is reduced. The same applies to the other WLAN clients. Thus, the maximum of the radiation pattern (2) is directed towards client (2), while at the same time the transmission power for the other clients is minimized. 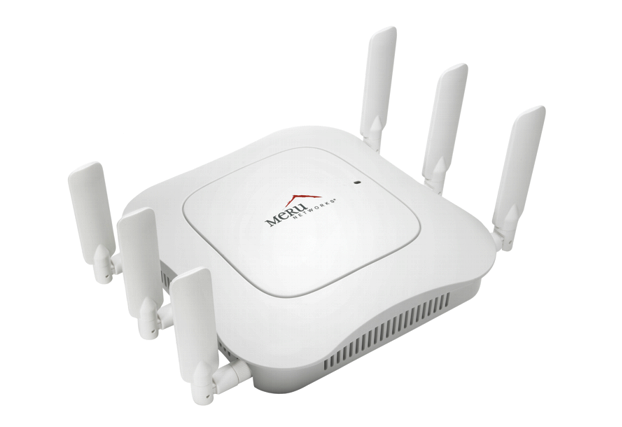