Mobile payment (m-payment) is an electronic form of payment using mobile devices. With the increasing spread of smartphones, m-payment is becoming increasingly important in the payment transactions of private individuals.

Mobile payment is also increasingly making use of near field communication( NFC) techniques, which support the contactless exchange of data over short distances. NFC technology can be implemented in the form of an NFC tag in credit cards or in smartphones. However, NFC payment with a smartphone requires a so-called secure element, which is a protected memory area on the SIM card or in the smartphone via which payments can be processed. Credit card providers have access to this secure area, where they store their credit data. 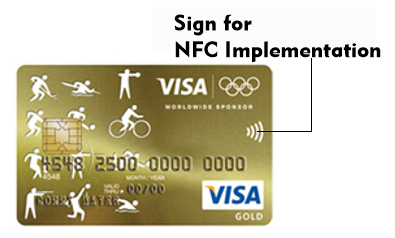 Various providers use the two forms of payment transactions. In addition to banks and savings banks with Girogo, there are credit card institutions such as Visa with Paywave, Mastercard with Paypass, smartphone manufacturers such as Apple with Apple Pay, Telekom with My Wallet, and also Internet corporations such as Google with Google Wallet and Google Pay, and eBay via Paypal (Paypal Wallet). In some cases, it is alliances of different companies such as Amex, Verizon and Blackberry with the joint investment in the company Payfone, which offers m-payment solutions.

As an alternative to near-field communication, there is Host Card Emulation( HCE) which emulates various electronic credit and identity cards, and CurrentC, a QR code payment system. The QR technology used in CurrentC is an online payment system implemented by American merchant networks. This has the advantage that smartphones do not require an NFC chip and cell phones with digital cameras can also be used for m-payment.