Functionally, it corresponds to the GBIC converter and implements the interface between the transmission medium and Gigabit Ethernet. 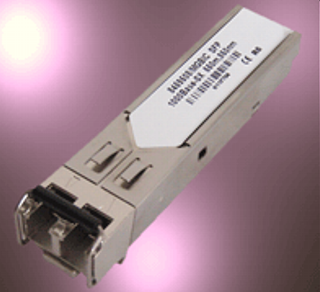 Because of their compact form and the possibility to plug or unplug them during operation, MGBIC modules are called Small Form-Factor Pluggable( SPF).

The MGBIC converter usually contains the LCconnector or the RJ-45 connector as the FO connector, the O/E converter and E/O converter, the coder and decoder, and the transmitter and receiver. MGBIC modules correspond to the physical layer and can directly process the data that is present in 8B/10B coding.