A mediagateway (MGW) forms the transition between IP networks, telephone networks and access networks. Media gateways are used in Next Generation Networks( NGN), among other things, and ensure interaction between the various networks. 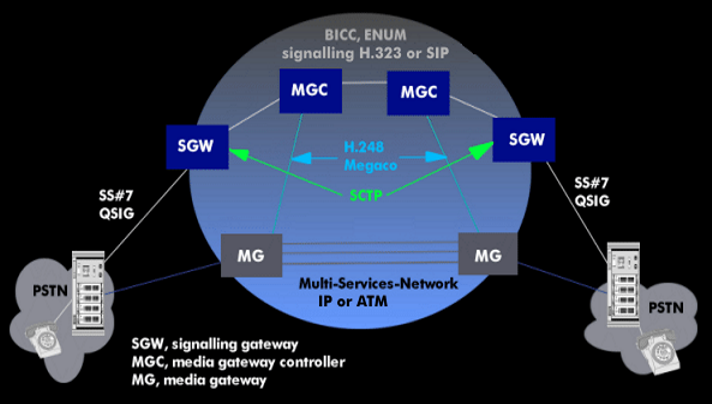 Convergent network architecture of the ITU and IETF

Media gateway functions include compression and conversion of TDM voice signals toATM, Frame Relay( FR), the IP protocol, or the Realtime Transport Protocol ( RTP). They support the integration of VoIP, convert the payload data of the media streams from the IP world to the circuit-switched networks or to the B channel of ISDN and vice versa. The conversion is done by means of MGCP protocol.