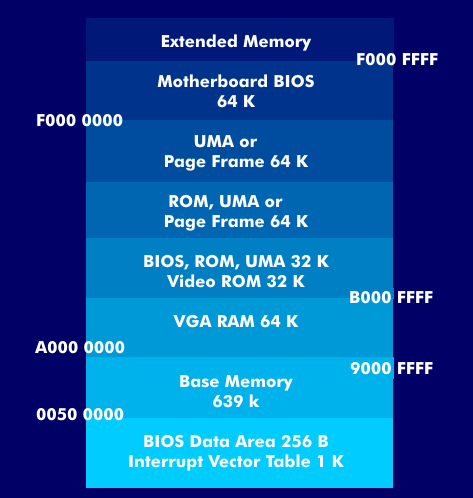 Memory areas of a main memory

The differentiation of the different memory areas of a main memory is causally connected with the DOS operating system, since the operating system could manage originally only 1 MBmemory capacity. From this area, the first 640 kilobytes( KB) were designated as conventional working memory, the memory area above this of 384 KB as Upper Memory Area( UMA). The area above 1 megabyte ( MB) is called the Expanded Memory Specification( EMS).