Normally, in ferromagnetic materials, e.g. iron, nickel, cobalt, there are districts of parallel aligned domains, the Weiss districts. Under the influence of a magnetic field, the Weiss domains arrange themselves in parallel, and the material thus becomes a magnet. Magnetism does not disappear when the external magnetic field is turned off. Magnetism is characterized by the magnetic field (H-field). The field lines run outside the magnet from the north pole to the south pole, inside the magnet from the south pole to the north pole. 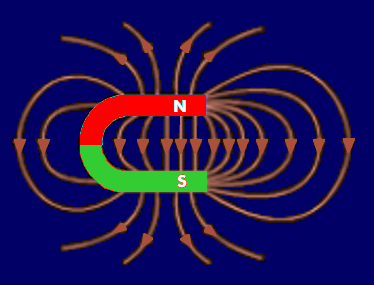 Magnetic field lines between the poles of a bar magnet

In many areas of technology - from motor vehicles to personal computers(PCs) - it is impossible to imagine life without magnetic materials. This also applies to applications in magnetic sensor and information technology. Here, for example, the discovery of the GMR effect(Giant Magneto-Resistive) has made it possible to significantly increase the storage density ofhard disks.