The development of the integrated circuit( IC) was largely determined by the density of transistors on a chip. 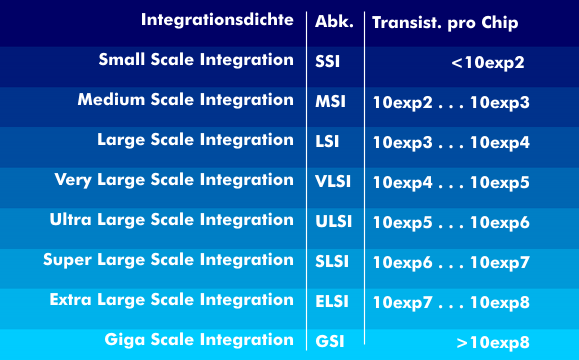 The integration density of chips

As density has increased by many powers of ten over the course of development, the term Large Scale Integration (LSI) has been introduced to describe the number of devices on a chip. LSI devices have an integration density of one thousand (`10^3`) to ten thousand (`10^4`) transistors per chip and were developed in the mid-1960s. The structure width for LSI technology was 10 µm to 50 µm. Analog-to- digital circuits, memory devices and microprocessors were implemented in this technology.