Among the tasks of the kernel is the management of communication between the hardware and software components. It has direct access to the hardware and forms the lowest level of the Hardware Abstraction Layer( HAL), and allocates processor and input/output (I/O) system resources to application programs. 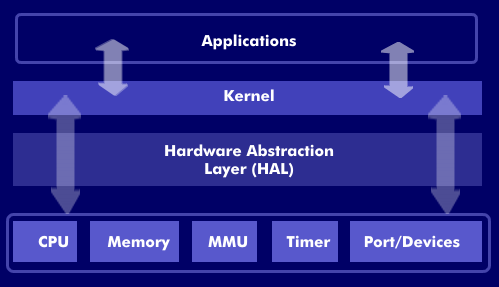 Embedding the Kernel Above the Hardware Abstraction Layer (HAL)