An Inter Satellite Link(ISL) is a bidirectional link between satellites. Via this link, satellites of the same orbits exchange information and data with each other. This means only between LEO satellites, MEO satellites or GEO satellites.

In contrast to the Inter Satellite Links are the Inter Orbit Links (IOL), which connect satellites with different orbits with each other. For example, GEO satellites with MEO satellites. The inter- satellite links use a radio link in the microwave range. The radio frequencies used are in the 60 GHz band. As an alternative, laser-based inter-satellite transmission is being developed with Free Space Optical Communication (FSOC). 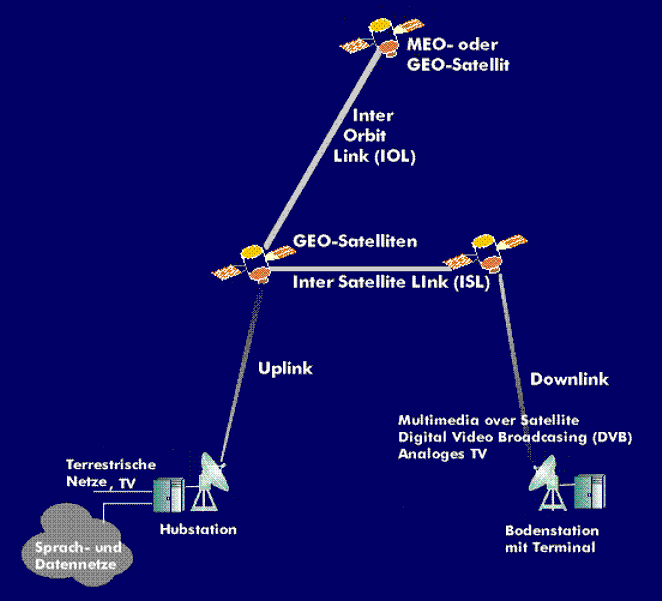 Inter satellite links must be precisely aligned between satellites in terms of radio radiation. For this purpose, antennas with an extremely highly focused radio beam are used. Since the radiation characteristics of such antennas are not unlike those of a pencil, they are called pencil beam antennas. Due to the strong beam bundling, the smallest deviations in the alignment can cause connection problems.

An alternative to microwave transmissionbetween satellites