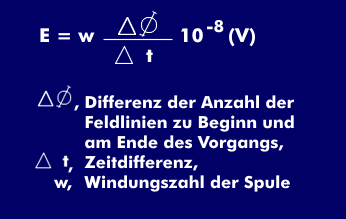 The physical principle of induction is used in the generation of electromagnetic waves, in loudspeakers, transformers, oscillating circuits, but also for the magnetization of particles on magnetic tapes, in nuclear memories, magneto-optical memories and other storage media that work with magnetizable layers such as floppy dis ks and hard disks.