Certain semiconductor devices are extremely sensitive to electrostatic discharges conducted through people. For the simulation of such person-related discharges, a commonly used person model has been developed: the Human Body Model (HBM).

The HBM model is a model used in the semiconductor industry and by the U.S. military, which has also standardized it, MIL-Std-833, to simulate discharges that can occur when touching electronic parts and components. The model specified in the standard is simulated by a capacitive load of 100 pF to 300 pF and a discharge resistance of 1.5 kilo-ohms. These values correspond to those of the human body. During the test, the capacitance is charged and has an energy of 10 mJ when charged to, say, 10 kV. The charged capacitance is then discharged through the discharge resistor. 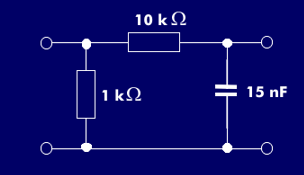 The ESD Association has divided the voltage sensitivities for the Human Body Model into several classes, starting at 250 V, each with doubled voltage values, and having their highest class in voltage values of >8,000 V.

In addition to the Human Body Model (HBM), there are also the Charged Device Model( CDM) and the Machine Model( MM) for ESD tests.