Organic Light Emitting Diodes(OLED) are built up in layers. The layers of an OLED are responsible for injecting and transporting the charge carriers. 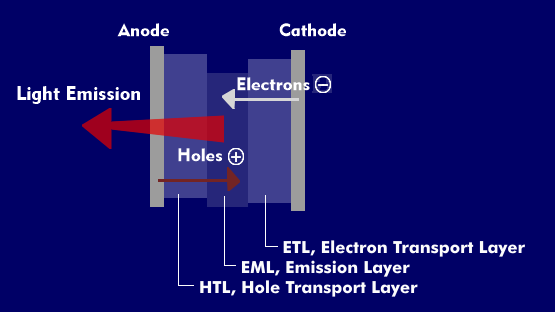