Head Mounted Displays (HMD) are projection units in which the projection is made directly in front of the eyes in a helmet through video goggles. HMD technology is superior to other techniques in that it can project two images with slightly different viewing angles onto the two small microdisplays located in front of the viewer's eyes. This allows virtual three-dimensional projections to be created. The function is similar to that of VR headsets.

Head-mounted display technology can be used in virtual reality (VR), for design studies, research in medicine, physics and engineering, military applications and also, in cheaper form for computer games. Here, the viewer's head movements can be evaluated via sensors and taken into account in the projection, enhancing the realistic impression. This technology is called head tracking. 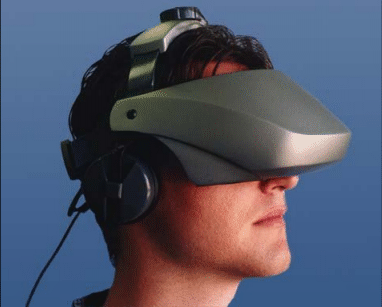 As projection techniques, professional HMDs use OLED displays, LCD or LCoS displays in SVGA format. In addition to visual display, data helmets have headphones for audio with surround sound. 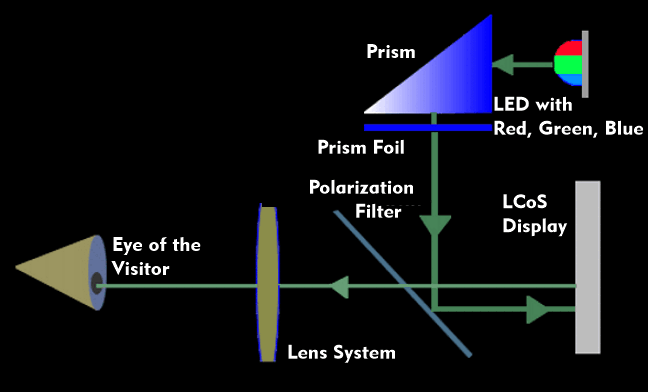 In HMD projection, three light-emitting diodes sequentially generate the primary colorsred, green and blue. These are sequentially projected via polarization filters onto the LCoS display, where they are reflected and, in the case of the Virtual Retinal Display( VRD), projected directly onto the viewer's retina. This process takes advantage of the inertia of the human eye, which integrates the successive colored individual images to form an overall colored impression. With the Virtual Retinal Display (VRD), there is another projection technique in which the image is projected onto the retina.