Graphical user interfaces are clearly structured and use graphical control elements. These are usually self-explanatory icons that the user activates by clicking on them. On the desktop, for example, the icons have a direct association with the desktop. There are icons for folders, hard disks, compact discs( CD) or a recycle bin. Special functions such as drag-and-drop also make it easier to move files and folders, comparable to rearranging file folders in filing cabinets. 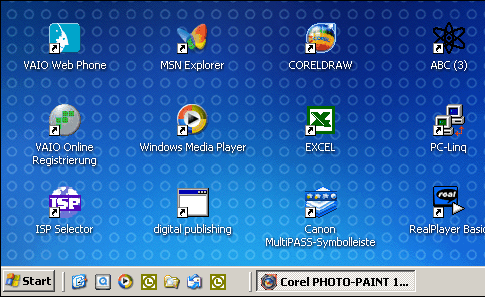 Icons on the Windows interface

The same applies to smartphones, whose servicesFacebook, Twitter, WhatsApp or the many other messenger services are represented with their icons on the touchscreen. As for the user programs, they include several functional areas, such as the menu bar, toolbar, function bar, status bar, taskbar and scroll bars. These bars contain specifications, commands or graphical icons that can be called up by clicking the mouse. The icons are directly related to administrative or technical-scientific activities. 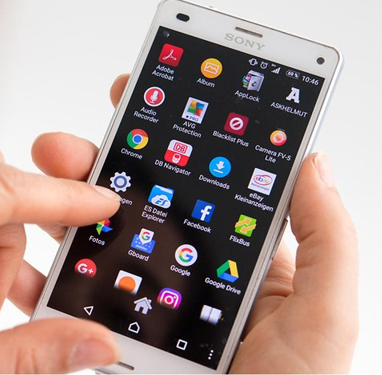 Graphical user interface of a smartphone

The graphical user interface places lower demands on learning and memory, as well as on operating effort, than dealing with keypads and instructional input as required by the command-oriented user interface( CLI). It makes it easier for even inexperienced users to work with the computer.

International standards have been established for graphical user interfaces, primarily Windows from Microsoft and Macintosh from Apple for personalcomputers, and Message Oriented Transfer Integrated File( MOTIF) from the Open Software Foundation ( OSF) for Unix computers. Toolkits and libraries are available for the creation of graphic user interfaces. So among other things the Gimp Toolkit( GTK+GTK+), the PyGTK based on the programming languagePython and PyQT and X11 for Unix.