A fuel cell consists of an anode, a cathode and an ion conductor. The electrodes are metal plates that work as a catalyst and are coated with platinum or palladium. Between the two electrodes is an electrolyte, which may be in the form of a membrane and provides for ion exchange. The electrolyte can be a dielectric, an acid, alkali or a polymeric membrane. Polymeric membranes( PEM) or proton membranes (PEM) can be penetrated by protons and can pass through the membrane from the anode to the cathode. For gases, the membranes are relatively impermeable. 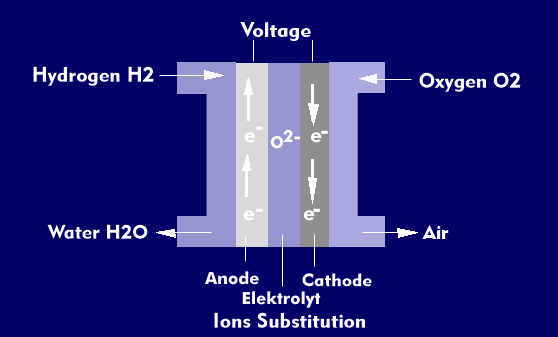 Structure of the PEMFC fuel cell

Hydrogen (H2) or a hydrogen-containing compound such as methane or methanol flows around the anode of the fuel cell. Oxidation takes place at it, forming hydrogen ions (protons). The hydrogen ions migrate through the ion conductor and react with the oxygen (O2) at the cathode to form water (H2O). The reduction result is pure water. These hydrogen-oxygen fuel cells are the most advanced and can be used in electric vehicles.

The different fuel cells and their characteristics 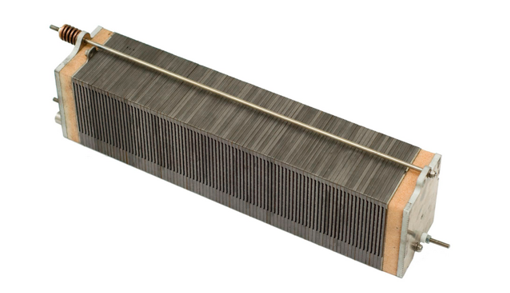