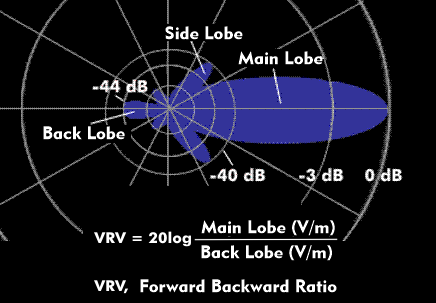 Back lobe of a directional antenna

For Yagi antennas, the return loss is largely determined by the number of directors and reflectors.