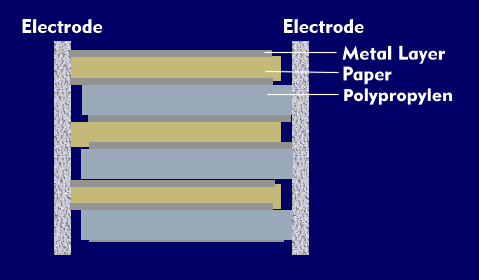 Capacitance values of film capacitors range from a few hundred picofarads to microfarads. Film and metal-paper capac itors differ from all other capacitors in that they are self-healing. When a voltage flashover occurs between the electrodes, the thin metal layer around the breakdown point evaporates, preventing a short circuit between the electrodes.